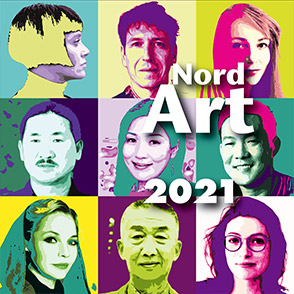 ” … Since 1999 the NordArt has established itself as one of the largest exhibitions of contemporary art in Europe which takes place anually in the summer months. The NordArt is an overall work of art in its own right and is designed as such each year. More than 200 international artists, selected by a jury, present a comprehensive panorama of contemporary art. Each individual work not only speaks for itself but also creates new perspectives when seen juxtaposed against the unique backdrop offered by the Carlshütte and the adjacent historical sculpture park … ”  CONTINUE READING

Online ticket – or day ticket available at the office!

The Kunstwerk Carlshütte is a nonprofit cultural initiative of the internationally active ACO Group and the towns of Büdelsdorf and Rendsburg (Kunst in der Carlshütte gGmbH).

Since 2011, also the Orchestra Academy of the Schleswig Holstein Music Festival (SHMF) is at home at Kunstwerk Carlshütte – in the specially converted rehearsal and concert space “ACO Thormann Hall” that can accommodate audiences of up to 1,200. NordArt and the Festival are not only good partners, who both foster the worldwide network of artists, they also forward the crossover between fine arts and music. Since 2015 the concerts take place also in the Carlshütte in the middle of NordArt.

THE ARTISTS OF THE NORDART

Presentation and sales of my paintings at “Singulart”.
Link: singulart / marion-meinberg

Presentation and sales of my paintings at “Saatchi Art”.
Link: saatchiart / marion-meinberg